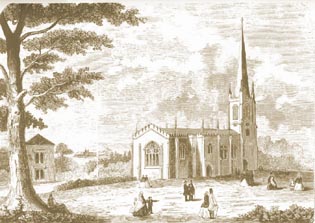 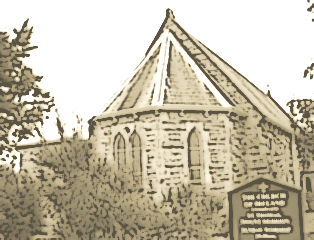 Both of our Parish Churches were founded in the 19th Century. St Philip & St James’ was dedicated in 1824 as the Parish Church of the newly created Parish of Booterstown. Booterstown Parish was united with Carysfort during the 20th Century, the church in Carysfort closing in 1960.

St Thomas’ Church was dedicated in 1874 as a Chapel of Ease to the Parish of Taney. It became the Parish Church of the new created Parish of Mount Merrion in 1956. In 1994, Mount Merrion and Booterstown were made a “Grouped” Parish, retaining separate administrative and financial responsibilities but sharing a single Rector.

In 1984, Robert Knaggs wrote and published a booklet recording the history of Booterstown Parish which he has kindly allowed us to reproduce here. The page formatting has been modified from the print version to make it easier to read on screen.